Optimisation of coir slab wet up 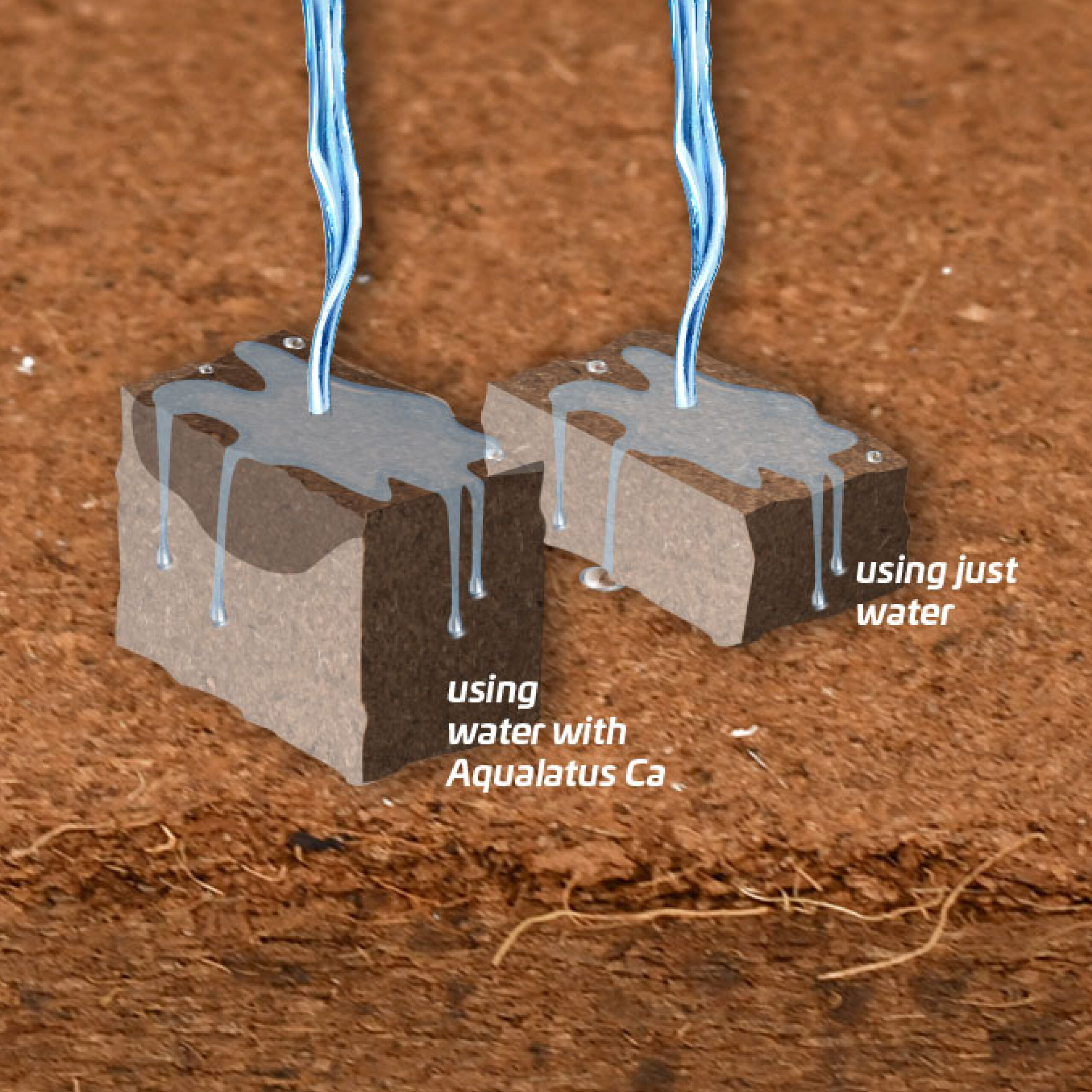 From late 2017, Engage have been conducting extensive trials with Coir (coco peat) in Sri Lanka, collaborating with their international partners.

Engage wanted to fully understand the hydration of coir and its need to remain fully hydrophobic in transit. Trials progressed over a three year period resulted in the creation of a new water additive called Aqualatus Ca. Initial trials concentrated on the possibility of incorporating Aqualatus directly into coir during the production process to allow growers to benefit from the technology directly as the hydrate, however it became clear that Aqualatus completely changes the physicality of the coir, so that it is no longer a hydrophobic medium.

“The trials were progressing extremely well and we were seeing treated coir slabs hydrating as soon as they were irrigated, it was very exciting for all. Samples were then shipped worldwide to evaluate how humidity would affect the slabs in transit. The efficacy was of Aqualatus was highlighted as each shipped pallet sample gained weight in moisture from 100kgs to 300kgs depending on duration of shipment and humidity during transit. Even placing the slabs in store was an issue as the technology worked so effectively the slabs expanded in days even without the addition of irrigation. This was a major learning curve, as much as we would like coir slabs that hydrate easily once in situ, the added cost and unpredictability of moisture gain makes this unachievable.“

Engage developed the technology further in order to create an effective end user product and this became Aqualatus Ca. Aqualatus Ca comes from the Aqualatus/Integrate stable of surfactants but unlike its predecessors it is specifically formulated to acheive rapid coir hydration and expansion, salt buffering and optimisation of nutritional exchange sites through the substrate hydration process.

Although water retention is important during the hydration process, coir expansion is more significant as it initiates the salt leaching/ buffering process.

Aqualatus Ca comes with four separate polymer ‘wetters’ which rapidly hydrate and expand coir, eight times faster than water alone. This rapid expansion allows for the leaching process to be catalysed and achieved more successfully and most importantly, completed ahead of planting, so root growth in the newly planted coir is less inhibited.

To illustrate effectiveness, Engage ran trials with Aqualatus Ca throughout the  the summer of 2020 with leading UK coir slabs for strawberry production. In the trial, Aqualatus Ca was added to slab portions at 0.1mls per litre of water. Expansion of the coir was immediate compared to the control which failed to hydrate and, in some suppliers, even increased the volume of the coir.

The addition of 18.5% calcium in Aqualatus Ca is present in the formulation to catalyse and accelerate the coir leaching/buffering process. Within any growing media there are exchange sites where nutrient cations are bonded to the media itself. The majority of coir slabs exchange sites are tied up with sodium and potassium which is naturally present. These ions are not strongly bonded to the coir and will be readily replaced by calcium once the coir fibres are expanded.

Generally, without Aqualatus Ca, early applications of calcium will become tied up during the exchange capacity process buffering out sodium and potassium. Therefore, early calcium application in the substrate solution will not be available for utilisation by the young plants.

“There is a delay before the cation exchange capacity can be fully charged with calcium, potassium and magnesium”.

“If a grower isn’t aware of this lag and doesn’t address it early, it can create deficiency problems even when optimal nutrition is being applied. When, for example 130 ppm of calcium (Ca) is incorporated in the nutrient solution, the leachate from a slab may only contain 60 ppm calcium. The other 70 ppm is not necessarily used by the plants as much of the 70 ppm is tied up at the exchange sites and will only be available much later.”

Aqualatus Ca addresses this process more efficiently, thereby allowing the calcium within it and any other added calcium to penetrate coir fibres rapidly, loading the exchange sites uniformly across the slab and accelerating the buffering and loading process. Hydration and expansion will be achieved in a single application of Aqualatus Ca and as it will be active in the coir for up to five weeks working with subsequent irrigation rounds the buffering process is generally fully achieved within in a couple of days rather than weeks as previously seen. This means planting can be achieved more economically and the process does not effect nutrient availability once new crops are planted.

Aqualatus Ca use throughout the season

Although Aqualatus Ca is ideal for the hydration and buffering processes, Engage also recommend its use as a  regular 4-6 weekly application throughout the growing season. In this lower application use, Aqualatus Ca is proven to  support optimal water to air balance in the rootzone and uniformity of electro conductivity across the slab. It also allows for moisture retention in slabs though warmer temperatures and will ameliorate the potential for adverse ion build up.

Let us know how we can help you