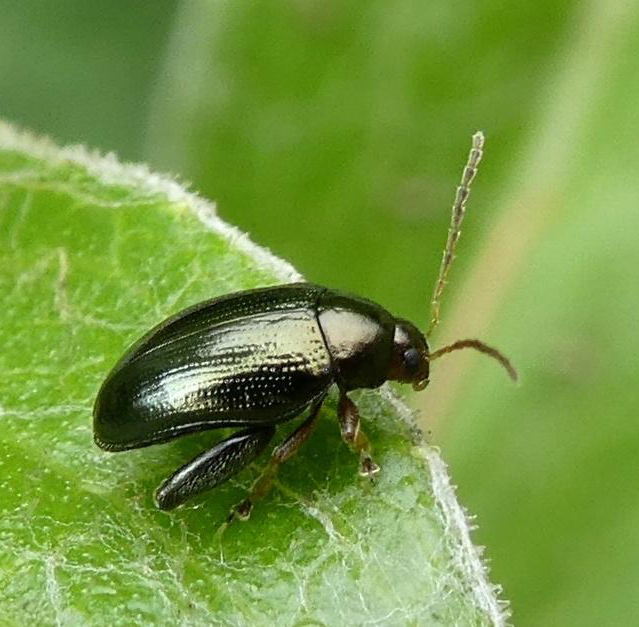 The issue of Flea Beetle predation is nothing new and in 2019 it was stated that more than half of oilseed rape crops that survived last autumn’s flea beetle onslaught were infested with larvae at levels that significantly reduced yields.

Last autumn saw the worst cabbage stem flea beetle invasion to hit OSR crops since the loss of neonicotinoid seed treatments, resulting in an average 11% of crops failing to establish in England.

The main issue is that controlling larvae is fraught with difficulty, as spraying is not really an effective option. Newly hatched larvae enter plants and feed in petioles of young OSR plants from October to early April. As plants mature the larvae leave leaf petioles and bore into the main stems, which may destroy the growing points of plants or seriously affect plant vigour.

In 2017, nutritional innovators, Engage Crop Solutions from Chorley, Lancashire, began looking at the issue and how using specialist nutrition could reduce the potential for feeding by flea beetle and minimise the damage caused.

Work in Spain in the previous seasons had seen the Silicon nutrient technology ‘Sentinel’ produce interesting results on a boring larvae in cucurbits where feeding patterns had been significantly reduced.

Plot trials in the UK over the next two seasons have proven very positive, with trials of Sentinel applications applied on its own or in conjunction with existing flea beetle insecticides, significantly reducing predation and damage.

How does Sentinel work?

In two ways. The nutrient silicon is the cement between cells and its availability to crops at high levels increases tissue strength. However, its availability in soils is low and plants can only access silicon in one single form, as mono-silicic acid.  Sadly over the past four decades world soil silicon levels have significantly reduced by crop removal and lower soil biodiversity due to reduced manuring and use of soil applied chemistries. This has even lead to scientists to believe that it may be one of the reasons crop pests establish more easily on annual crops.

Sentinel is stabilised silicic acid which is fully available for crops to use and when sprayed it onto crops the silicon is quickly used to reinforce tissue strength and increase cell production in all areas. Non grass crop species store silicon at low levels in the cuticles of petioles and leaves and this is significantly strengthens the cuticle making is far more difficult to eat. Imagine eating the toughest steak at every meal, well that’s what it will feel like to young flea beetle larvae so they find it extremely difficult to gain enough nutrient from the plant tissues. Also Sentinel contains the plant extract salicylic acid which is known to make crops far less palatable to many insect species so again feeding is more difficult.

Sentinel is widely available across the UK from distributors and Engage’s flea beetle work was highlighted at 2019 Croptech show in Peterborough.

Let us know how we can help you